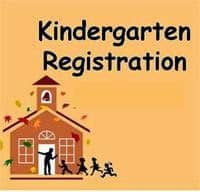 According to Maryland State law, children under the age of 5 by September 1 are not eligible to attend public school kindergarten unless the board of education gives the child a waiver.

So for instance if your child was born on September 2nd, they cannot attend Kindergarten in Howard County (same in other Maryland Counties) until the following year without filing an appeal.  As the parent of an advanced child who has an October birthday, and a former elementary school teacher, I find this arbitrary and unfortunate.

School systems, teachers and other parents will quote myths, wives tales, and stories of children who crashed in older years to warn off parents who might want to attempt to get their very capable child early admission.

Although the stories are sometimes true, most of what you hear has been debunked by research many times.  There are plenty of kids who have had early admission and turned out better than fine; who didn’t find themselves lost among older peers in middle school, and who didn’t just do well in their academic careers, but excelled.

When are school systems going to stop trying to treat every kid the same?

One of the more famous works on this topic is entitled “America Deceived – How Schools Hold Back America’s Brightest Students by the Acceleration Institute.  The free, downloadable book does an excellent job of laying out the usual reasons school systems give (ie-child isn’t ready, we’ll save money, etc.) for not accelerating young students and thoroughly debunks them.  Their website even has a section of success stories that school systems would rather ignore.

Have a gifted child? See my blog post on gift ideas for Brainy Kids >

In Howard County, the bar for early admission is extremely high, and honestly makes no sense at all.  Some parents have even attempted to sue the county.  There are several examples of lawsuits that were filed, I don’t know of any that were successful, and they all pretty much read just like the one linked above.

The story is pretty much the same in other Maryland Counties too–the bottom line is that state law has set the admission cut off to Sept 1st and provided for school systems to use their discretion for younger kids…and that’s that.

So how high is the bar for early admission to Kindergarten?  Well, in order for your child to gain entry into the Howard County Maryland school system early, s/he will have to demonstrate that at age 4 they are already working at a level equivalent to a highly able (ie-advanced) kindergartner in at least four of six areas.  The areas include writing, math, reading, “kindergarten concepts”, a parent checklist and teacher checklist.

Pay attention to those last two parents–because if you are modest about your child’s ability when filling out their insipid checklist, you could disqualify your child from early admission.  The checklist asks you to rate your child’s behaviors and abilities in many areas, and so you are at your peril if you tell the truth and say that your child “sometimes” ties her own shoes instead of “always”, because occasionally you do it for her to save time.

Aside from the checklists, the other four areas are tested.  You will be given an appointment to come to Howard County’s Board of Education in Ellicott City so they can test your child.  The test they use is homegrown–at least that was my understanding from a conversation with the test proctor. I am sure if they do use a commercial test, they would rather keep that information quiet though.

In Howard County, when your child finally does attend Kindergarten, they will be put in relatively large class sizes of up to 25 students (with one teacher) and will not have access to gifted and talented until 2nd grade.

So your already advanced child, who is going to be very much more advanced in another year is going to be quite bored learning phonics and to count to ten while the teacher attends to other less advanced kids.  And note that thanks to the brilliant new teacher ratings system in Howard County, it will behoove the teacher to make your child seem less able so that she can later show their advancement.  I know people will send me mail saying this doesn’t happen, but I can tell you I have heard from reliable sources about all kinds of shenanigans along these lines.

If you are lucky, your child will get a reliable and experienced teacher who will do some differentiation and provide some challenging work, but you can be sure that even in this case, much of your son or daughter’s time is going to be wasted on things they already know well.  The reality is that teachers don’t have all the time in the world so they will naturally pay the most attention to kids who are the most in need of instructional time.

I don’t have any great options to suggest for you if you’re looking for public education.  It seems that the best options are certain private schools that cater more to advanced students, but there aren’t many of those around–most seem to tow the September 1st cut-off party line.  Howard County doesn’t have any magnet schools or special programs for young talented and gifted children. Parents opt for Montessori education and others homeschool their kids.

The homeschool option is definitely a good one if they parent is able to do it financially and intellectually. Odds are good that if the student is advanced their parents are advanced too, so the second part isn’t usually the issue.  Home schooling has become much more popular lately because parents are getting more information about the broken public school system and they’re fed up.  There are of course other private schools in Howard County that aren’t using the Montessori system, but you may find that even at the best ones, the situation is much the same as public school.

I can tell you that after calling many private schools in Howard County, quite a few of those, including Montessori schools, adhere to the Sept 1 cut-off date.  Among those, some of them at least stated that they did test advanced kids to see if they would be allowed early kindergarten admission.

Two schools that parents will want to check with are Columbia Academy in Columbia, and Maryland International School in Elkridge. Both of these schools will consider children with later birthdays for Kindergarten admission.

We were able to test my child into Columbia Academy and they were very gracious/grateful to have my daughter as a student.  They did an excellent job differentiating for her in Kindergarten (Mrs. Lauenstein was her teacher). So if that is a convenient school and it is in the budget, give them a call. Note that your son or daughter will still have to be tested to qualify for kindergarten but they seem to be less concerned about a cut off date. You might also think about Montessori education where differentiation is built in since each child learns at her/his own pace.

I don’t expect Howard County to change this policy unless they have to…and that would probably only happen if the state or federal government change their laws…again, I don’t think that will happen any time soon.  BTW, here is another example that proves that every kid is different when it comes to the best age to start school–this study shows the potentially negative affects on students who are “redshirted”/start school a year later than their peers.

The point isn’t to denigrate parents who decide to wait an extra year to send their kids off to school, it’s more just to say, that every kid is different and schools should give parents more power to decide for themselves. (FYI-here is an interesting NY Times Article about redshirting entitled “Delay Kindergarten at Your Child’s Peril“)

As I mentioned before, we did find a private school that tested our daughter and confirmed she would be admitted to Kindergarten.  The only question was, if we didn’t continue at that school, will the public schools allow her into first grade when she’s already successfully finished Kindergarten?  Apparently the answer to that question is maybe.

Your child will be repeating Kindergarten in Howard County Public Schools even if they already completed Kindergarten elsewhere if they aren’t able to pass a different proficiency test.   I don’t know any of the details about the first grade test, but from my daughter’s class, I know of a couple of kids who managed to pass it and one who would have to repeat kindergarten (she opted to stay at the private school).

Update 2019: My daughter is now a 5th grader in public school and is on par or way above grade level in performance. So far there haven’t been signs of the problems we were so sternly warned about. Having said that, she is going to be a young middle schooler, and that does concern us. We can definitely see she’s not as tall as her peers, for example. She is still keeping up with (and often surpassing) the rest academically though.

By the way, if you have a gifted child, you may want to read some of my other blog entries, such as gift ideas for brainy children, Great Summer Camps in Howard County, and educational TV shows on Netflix and Youtube.